A Good Week for Heroes and Coaching Army Coaches

You are here:
Coaching 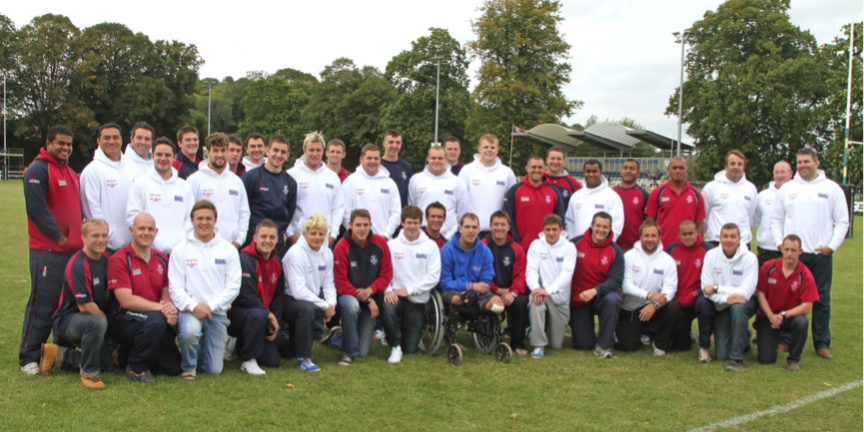 This week was an extremely satisfying one as I made use of my role as an Ambassador for the Rugby For Heroes Charity both at home and abroad.

Last Sunday I took up the position of Coach for the Rugby For Heroes All Star XV to play against the Royal Engineers XV at Henley RFC.

In an entertaining game where the Charity team ran out 26-6 winners, the likes of former International stars Thinus Delport, Danny Grewcock and Junior Parrimore were joined by former pro players Andy Newman, Rory Greenslade Jones as well as Army stars Ceri Cummings and Tom Chennell to put on a fine display. With Patron Mike Tindall present to present the winning captain Howard Graham with the winners trophy both the Rugby For Heroes charity and its partner Remount enjoyed a successful day.

I then moved on to Germany last Monday to spend two days working with the Army coaches out there, joined by current Army Head Coach Axel Rees. I was able to conduct a series of sessions both in the classroom and on the field with the British Army Germany team to hopefully enhance the Coach Development process of those present. 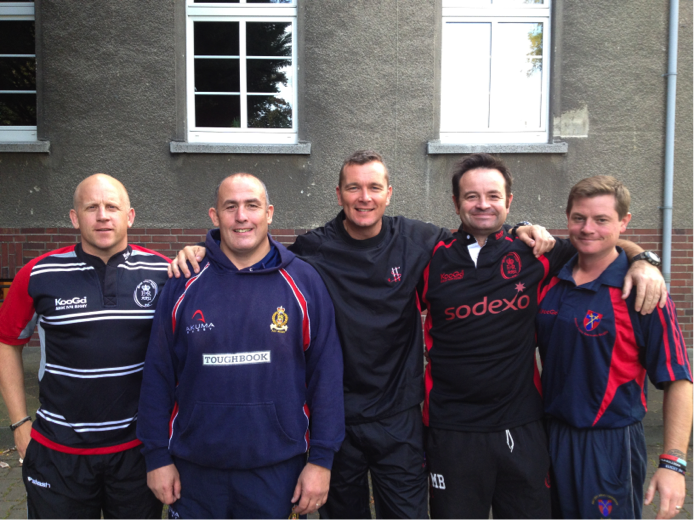 From left to right:

When I had completed my rugby duties, the Officers kindly showed me around the base at Paderborn, home to the 5 Rifles Regiment and even allowed me to get into some hefty pieces of equipment!! 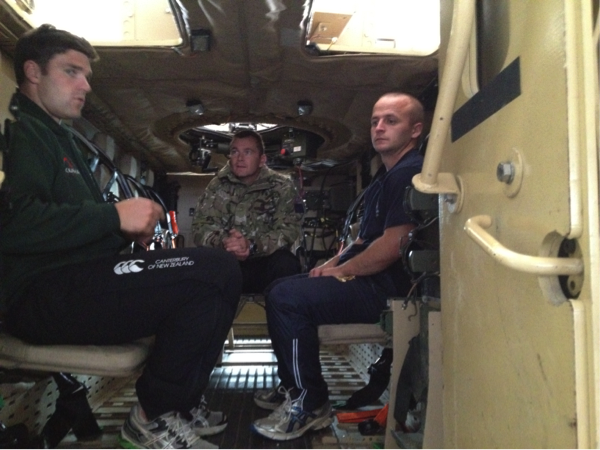 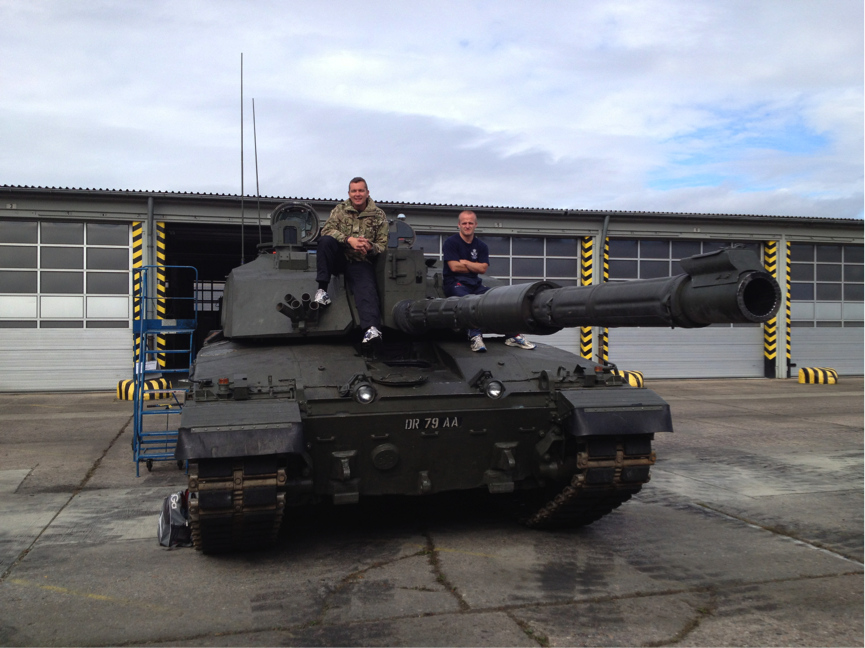 For more information on Rugby For Heroes please visit www.rugbyforheroes.org.uk