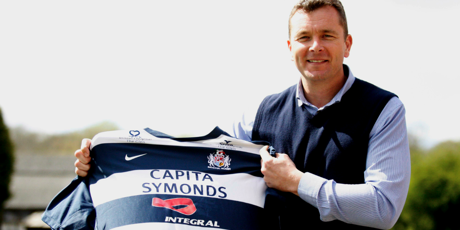 Bristol Rugby are delighted to confirm that Sean Holley will join the Club’s coaching staff ahead of the 2013/14 campaign.

One of the most respected individuals in the professional game, the former Ospreys Head Coach joins the Club as First Team Coach.

Having recently worked with Llanelli Scarlets during the international window, the arrival of the ex-Gloucester Academy Head Coach underlines Bristol’s Aviva Premiership ambitions.

“Sean’s exactly the sort of personality we’re looking for at Bristol,” said Director of Rugby Andy Robinson. “We’re fortunate to have acquired somebody of his calibre.

“Sean has got a wealth of experience and success at the top level and an intimate knowledge of professional rugby.

“I’m relishing the prospect of working with him. He’ll inspire and challenge our players as we look to develop our culture and the way that we want to play.”

The longest serving Regional Coach in Wales, Holley has worked at all National Team levels including Wales Sevens and was an Assistant Coach with the Senior National team in 2009.

Holley added: “I’m really looking forward to this new challenge and working alongside Andy [Robinson], the coaching staff and players at Bristol.

“It’s an exciting time to be involved with the Club and I hope that I can contribute to the environment and help push Bristol Rugby forward.

“There’s a lot that I still want to achieve in my coaching career and I haven’t taken the decision lightly. I have been lucky to have received plenty of interest, but the chance to work with Andy – and after discussing the plans in place for the Club – I’m confident that the ambition of Bristol match my personal goals.”