Rugby For Heroes – The Pride of a Lion 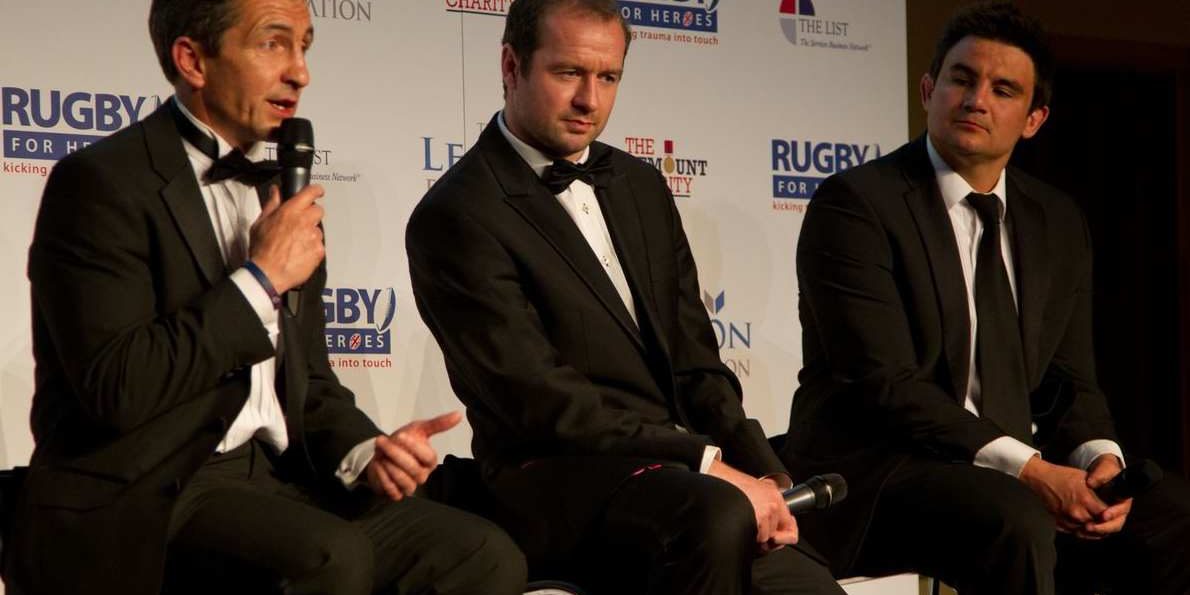 I was lucky recently as part of my Ambassador role for the Charity Rugby For Heroes to host a Gala Dinner at Twickenham called “The Pride of a Lion” in honour of the servicemen and women who have served our country in the Armed Forces. The charity assists in helping the transition from military life to civilian life, and the aim of the evening was to raise money through a Charity auction to help fund the specialist courses in this field.

Former Lions Geordan Murphy, Harry Ellis and Wales’ former scrum half and 1989 Lions series winner Robert Jones took the stage for a question and answer session with me followed by former Wallaby Morgan Turinui and the ‘Leicester Lip’ himself, Austin Healy to discuss the forthcoming Lions Tour. 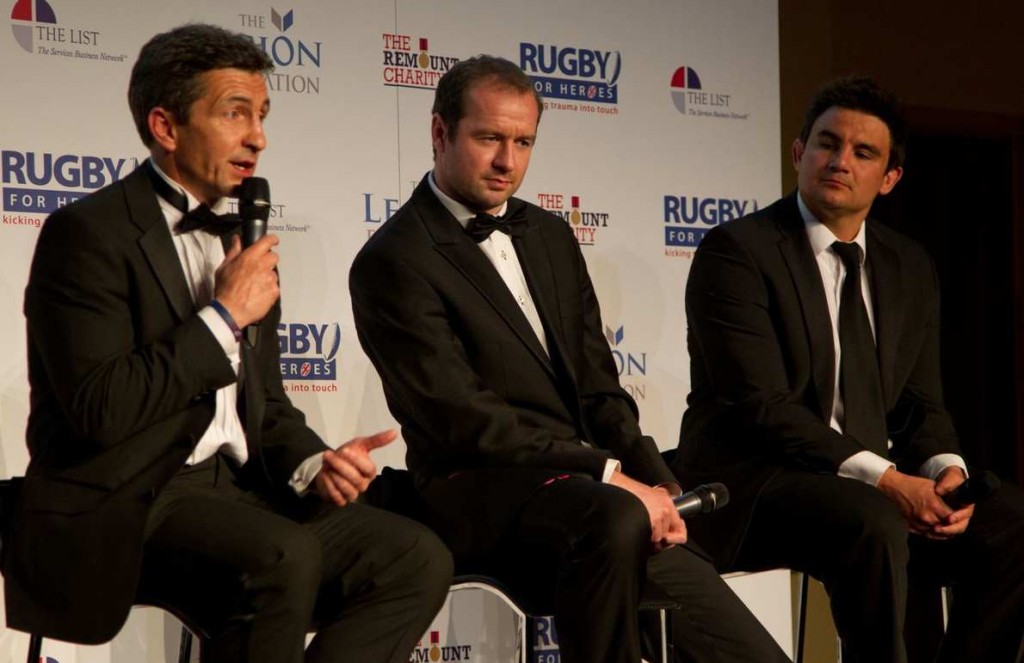 The evening was sponsored by The Legion Foundation who has former Leicester and England winger Leon Lloyd as their Chief Executive Officer. He commented: “We are delighted to be associated with and support Rugby For Heroes and Mike Tindall at such a prestigious fundraising event as the official title sponsor and one which serves to highlight and raise funds for a very worthy charitable cause. Rugby For Heroes mirror’s the Legion Foundation’s vision of endeavouring, through the medium of sport, to help those who are disadvantaged.” 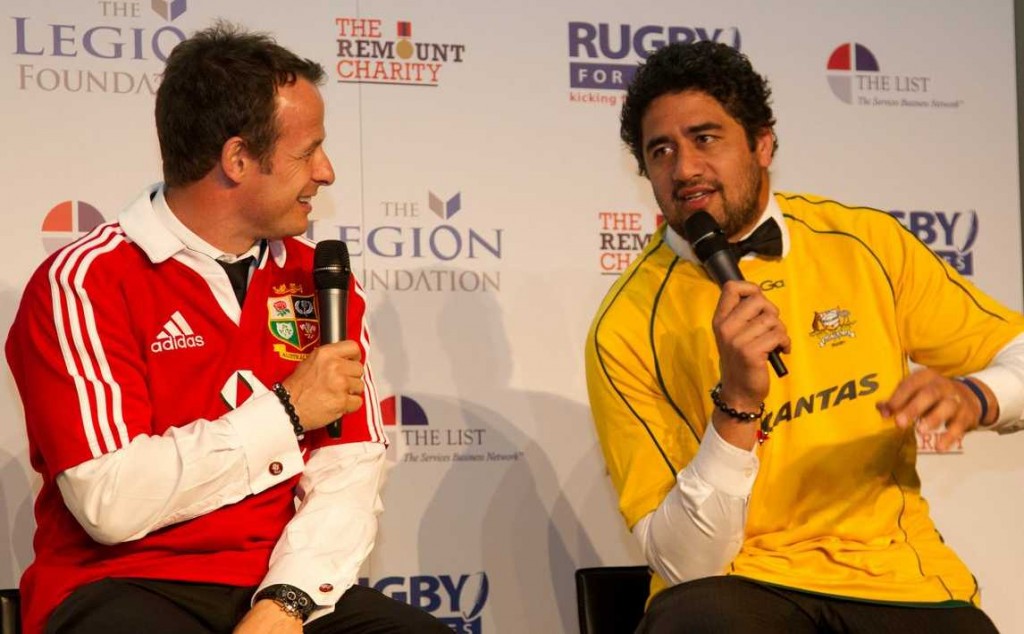 Also attending the evening to raise money were World Cup winners John Smit of South Africa and Neil Back of England. In the auction expertly delivered by Simon Bailey of Rugby For Heroes there were unique lots from the the various Regiments supporting the night as well as an unusual crystal rugby ball in honour of the Lions, all helping to raise money for such a worthy cause 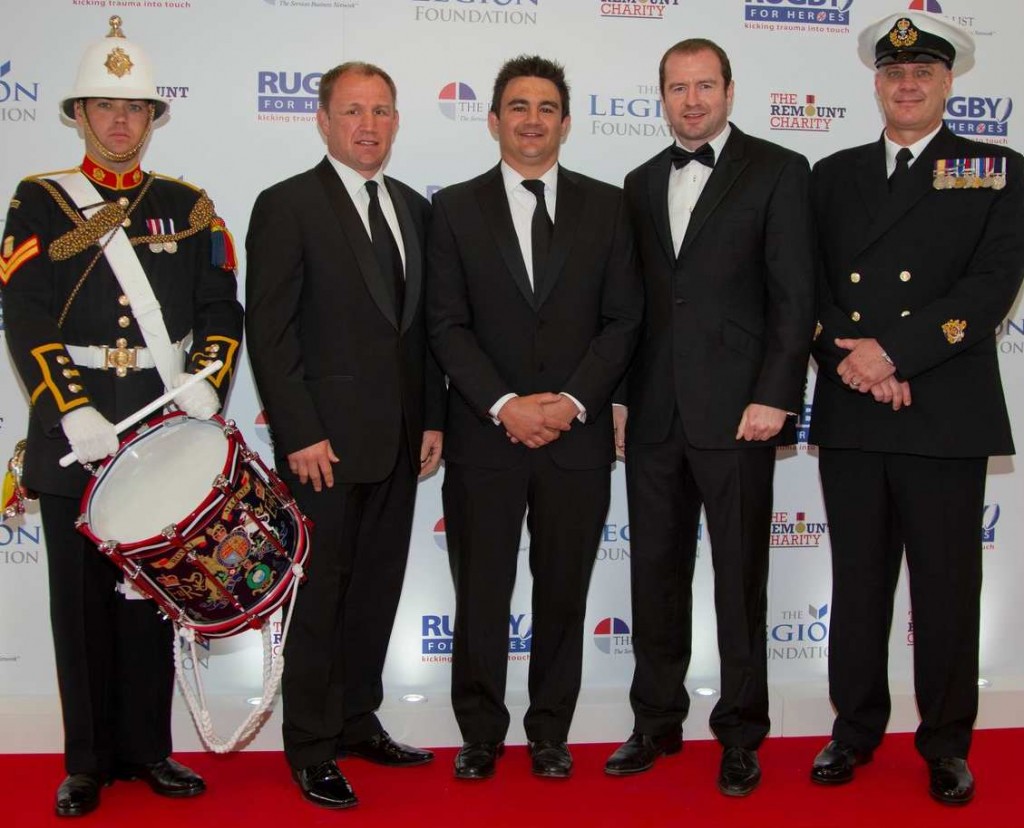 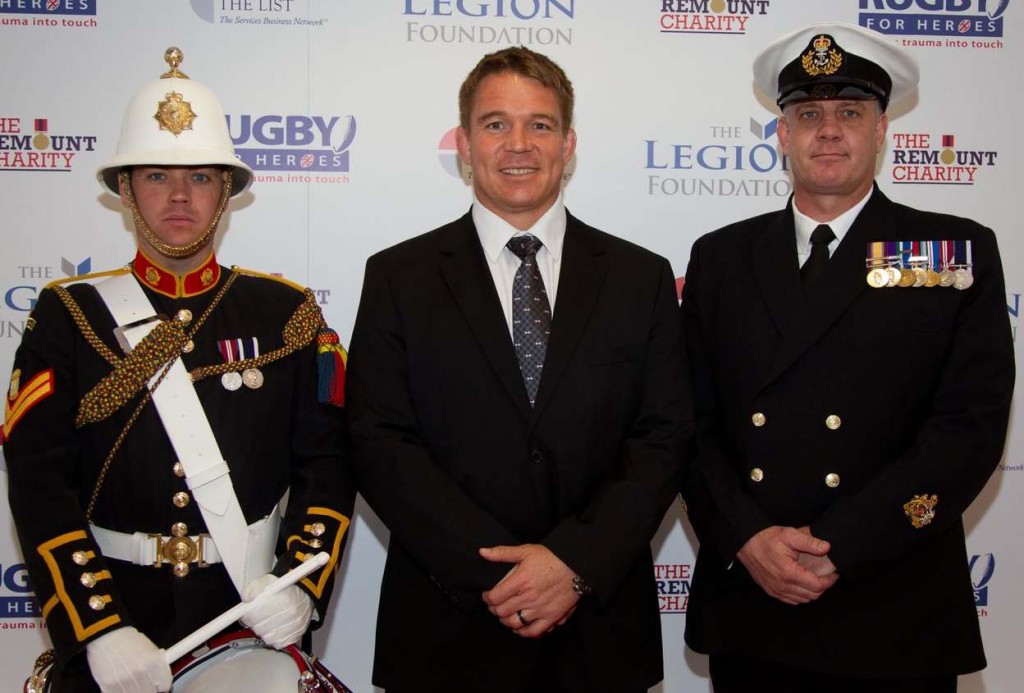 And I was even joined on stage to help raise money by fellow Ambassador and former Winter Olympic Gold Medallist, Amy Williams. 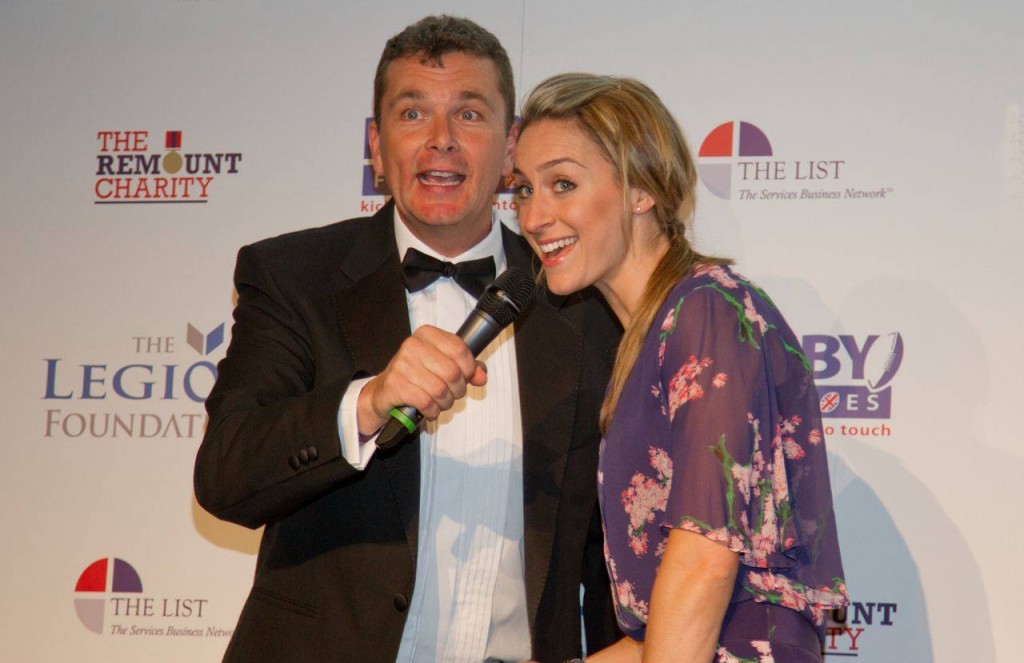 To find out more about the Rugby for Heroes Charity visit http://www.rugbyforheroes.org.uk