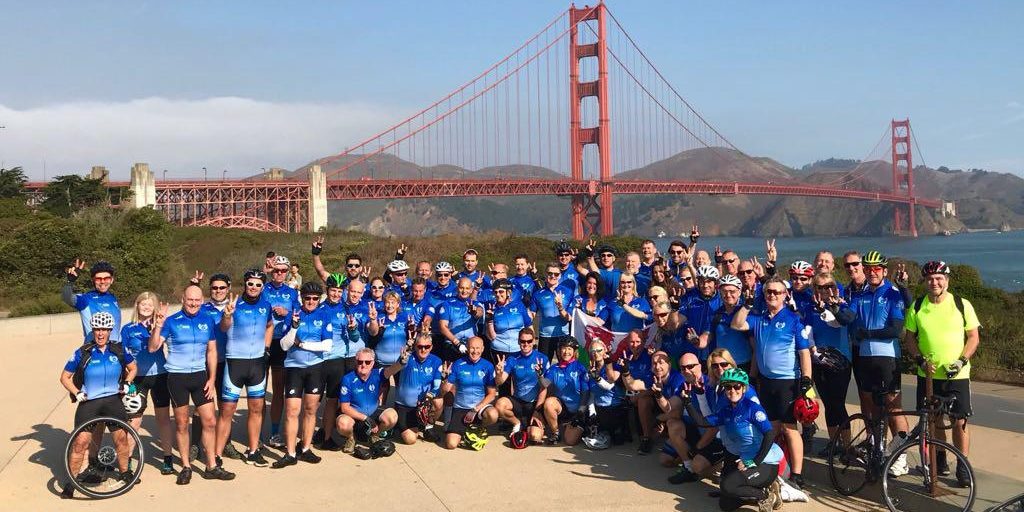 For a regular cycling enthusiast 600km in 6 days from San Fransisco to Los Angeles is a tough ask in itself, but for 50+ enthusiastic fund raisers the journey proved much more than that as Sean joined rugby greats such as Jonathan ‘Jiffy’ Davies and Martyn Williams in a gruelling regime of 6000ft elevations and 70+ mile days. 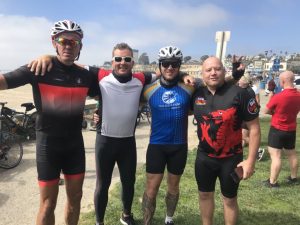 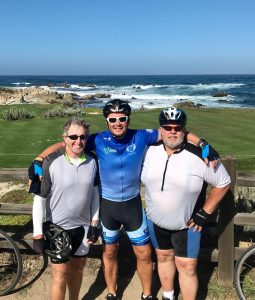 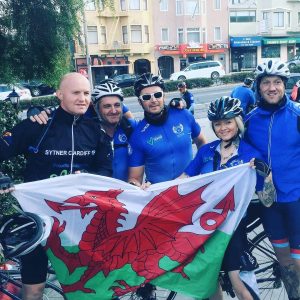 The task was made that much easier by the stunning views offered by the North American coast along the famous Highway 1, through iconic destinations such as Monterey, Pebble Beach, Malibu and Santa Monica.

Other well known participants included former Wales full back Morgan Stoddard, Neath, Swansea and Cardiff scrum half Andy Booth, Wales prop Hugh Williams-Jones and former Wales second row Chris Stephens to add to the rugby flavour. Add to that radio DJ Polly James, Go Compare founder and entrepreneur Hayley Parsons plus well known Welsh singer/actor Ceri Ann Gregory and you have an eclectic mix of riders. But the main aim was to raise as much money for the Cardiff based Velindre Cancer, of which Sean is an Ambassador, with the touring party totalling to date nearly half a million pounds of much needed funds.

The ride got off to an interesting start with a visit to the former island prison of Alcatraz which held well known criminals such as Al Capone in San Fransisco. From then on, saddle sore and leg fatigued, the riders made their way on carefully planned routes organised by travel company Ultimate Travel.

Sean said of the journey “To be honest I didn’t think the ride was going to be as tough as it was. The weather was kind to us and the organisation of the trip was outstanding and even though the group consisted of mixed ability cyclists, everyone dug in and completed the course. It made for some amazing memories and camaraderie amongst the team but the over-riding feeling is one of pride for raising so much money for Velindre”.

There is still time to donate by clicking on the link below and pledging via Just Giving:-

Saturday 22nd September sees a second group taking on the ride led by former Wales and British Lion great Shane Williams to raise even more money for the charity. Good luck to them!

You can find out more about Velindre Cancer Centre and future Fundraising trips HERE. 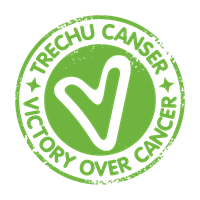