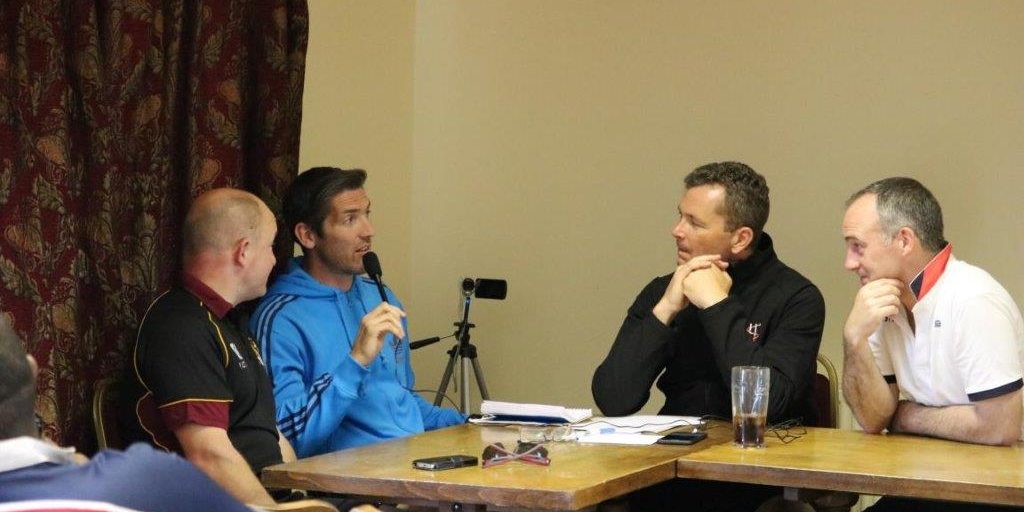 After joining in coaching sessions, Q&A’s and other activities staged by Trevor Jones and the club, James and Sean interviewed two officials of the club Hugh Tudor and Alun Price and also discussed the end of season play offs and finals in the big professional competitions. 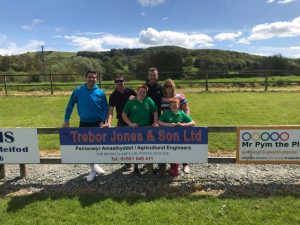 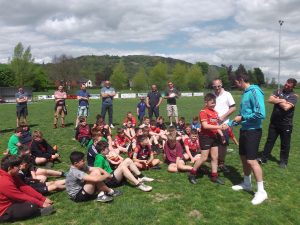 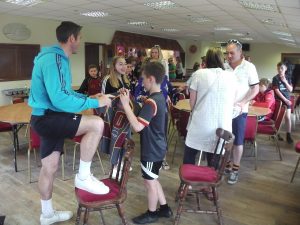 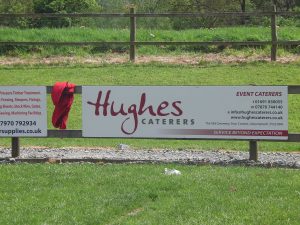 The proposal is for former Wales and British Lions rugby player James Hook to team up once again with his former coach at Ospreys Rugby and now renowned rugby broadcaster Sean Holley for a series of unique podcasts taking their thoughts on Grass Roots rugby issues back into the clubs.

The series will be recorded at the home of specially chosen clubs and will focus on the burning issues that junior rugby clubs face in the modern game. Each podcast will be coupled with interviews with characters from those clubs, celebrity guests and topical stories from the professional game.

The podcast is to be launched via an initial Facebook and webpage feedback campaign based on the Cobra RFC experience. This is to introduce the concept and to glean feedback on the key discussion points and pivotal issues that are currently faced by the general rugby public.

In staging the podcast recordings at the clubs, real life players, parents, volunteers, coaches, administrators and supporters will generate a unique clubhouse atmosphere either post training or post match.

‘Hook, Line and Holley’ is looking for a commercial partner to sponsor the initial series of 6 epidodes. This partner should have a specific Corporate Social Responsibility (CSR) motive for wanting to be involved in the venture, relevant to Grass Roots rugby and community focus.

The anticipated delivery of the series is monthly, moving to a fortnightly release, starting in June 2018.

James Hook is currently in his second stint as a player at Ospreys Rugby following time at Perpignan in France and Gloucester in England. He played 81 times for Wales scoring 352 points and was a British & Irish Lion on the 2009 tour to South Africa. James regularly broadcasts on BBC Wales on radio and television platforms.

Take a look at the introductory video and have a listen to the Cobra RFC Audio interviews. James and Sean would love your feedback for future Podcasts. If you’d like them to come to your club for a similar experience then get in touch HERE 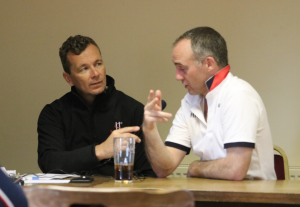 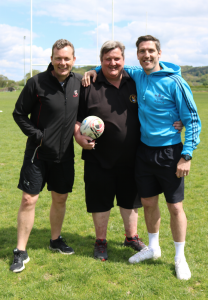 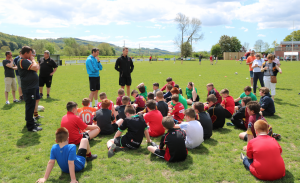 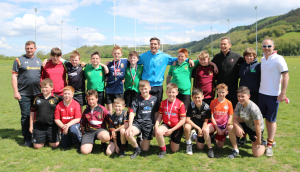 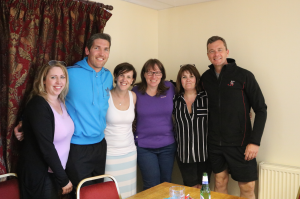