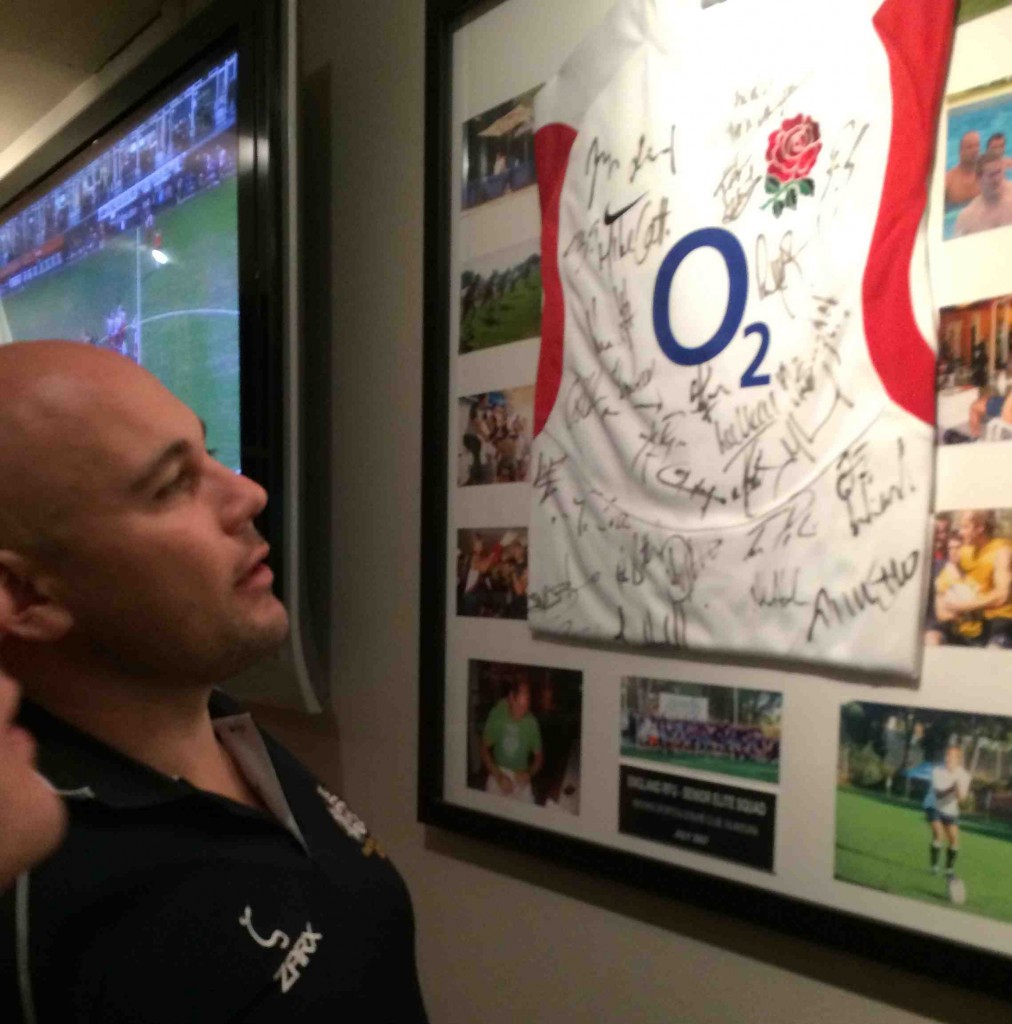 In a move to refresh the squad ahead of a tough end of season schedule, Bristol Rugby took the bold step of taking the squad on a five day training camp to the Browns resort in Villamoura, Portugal. The excellent facilities and fine weather made for a conducive environment for some very good training and team bonding.

The training week was structured just like any other training week, however with the horrendously wet winter all teams have had to endure and in our case an increasing burden on the pitches and facilities at our Clifton training base, then this was a timely boost for the squad and management ahead of important English Championship and British & Irish Cup matches.

Warm weather line out training at the excellent facility 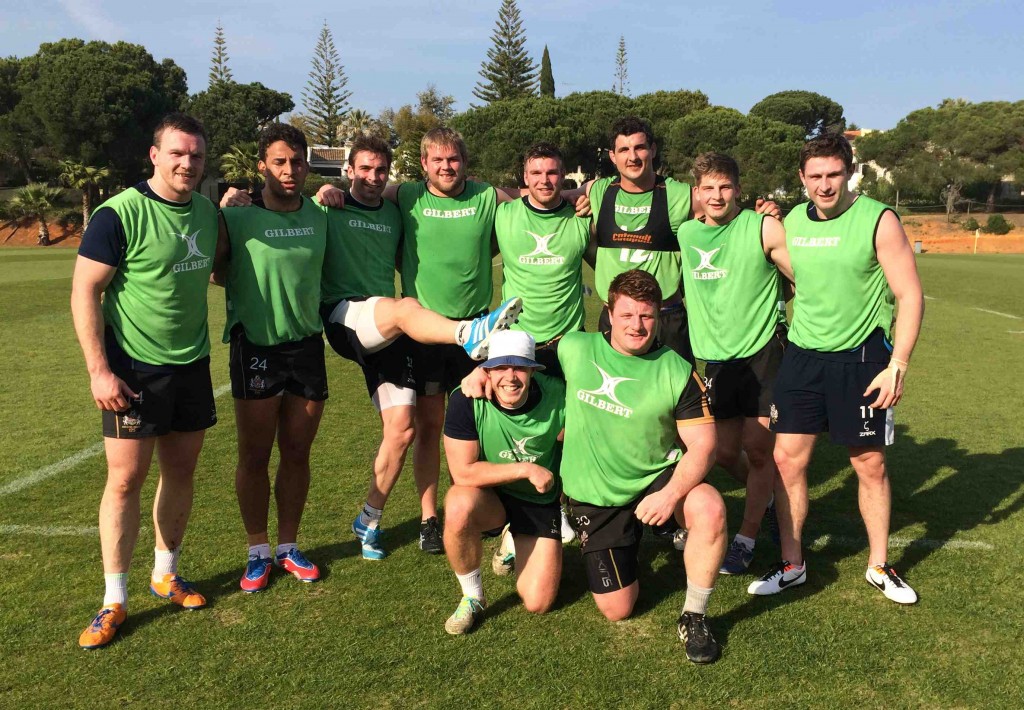 Bristol are currently top of the English Championship but there is a race for the Play Off stages for promotion to the Premiership. Only one tea, can be promoted and the top 4 teams will play-off on a home and away basis at the end of the season. The British and Irish Cup is a straight knockout tournament with Bristol playing Rotherham at home in the Quarter Final on Friday 4th April at 745pm. 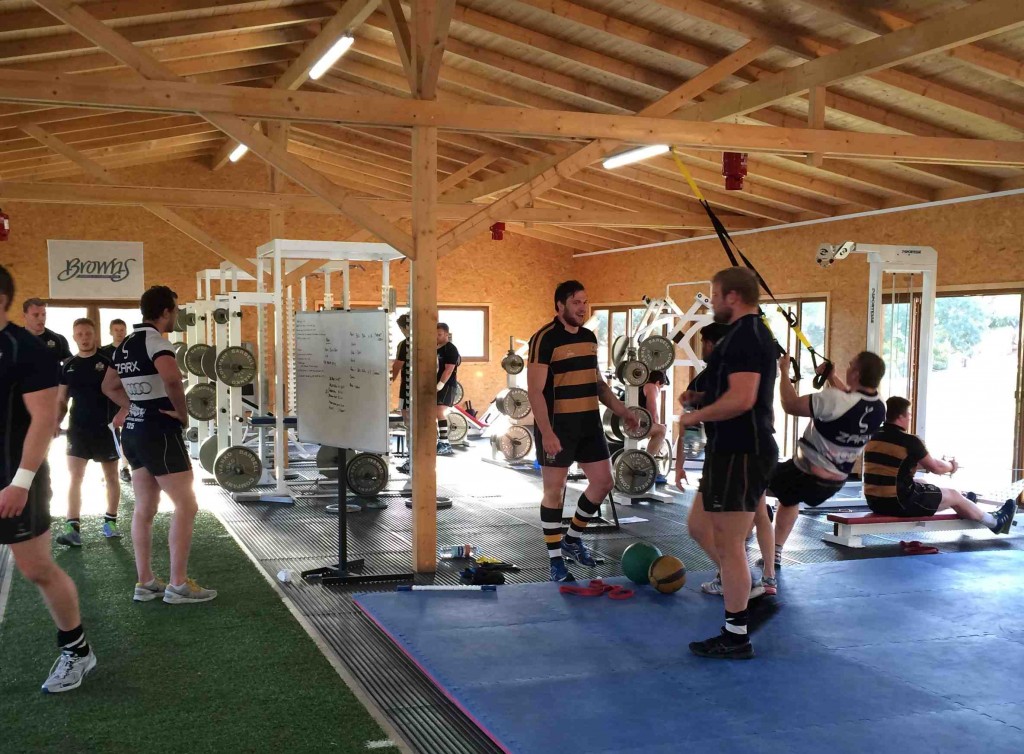 Players Working Hard in the Gym 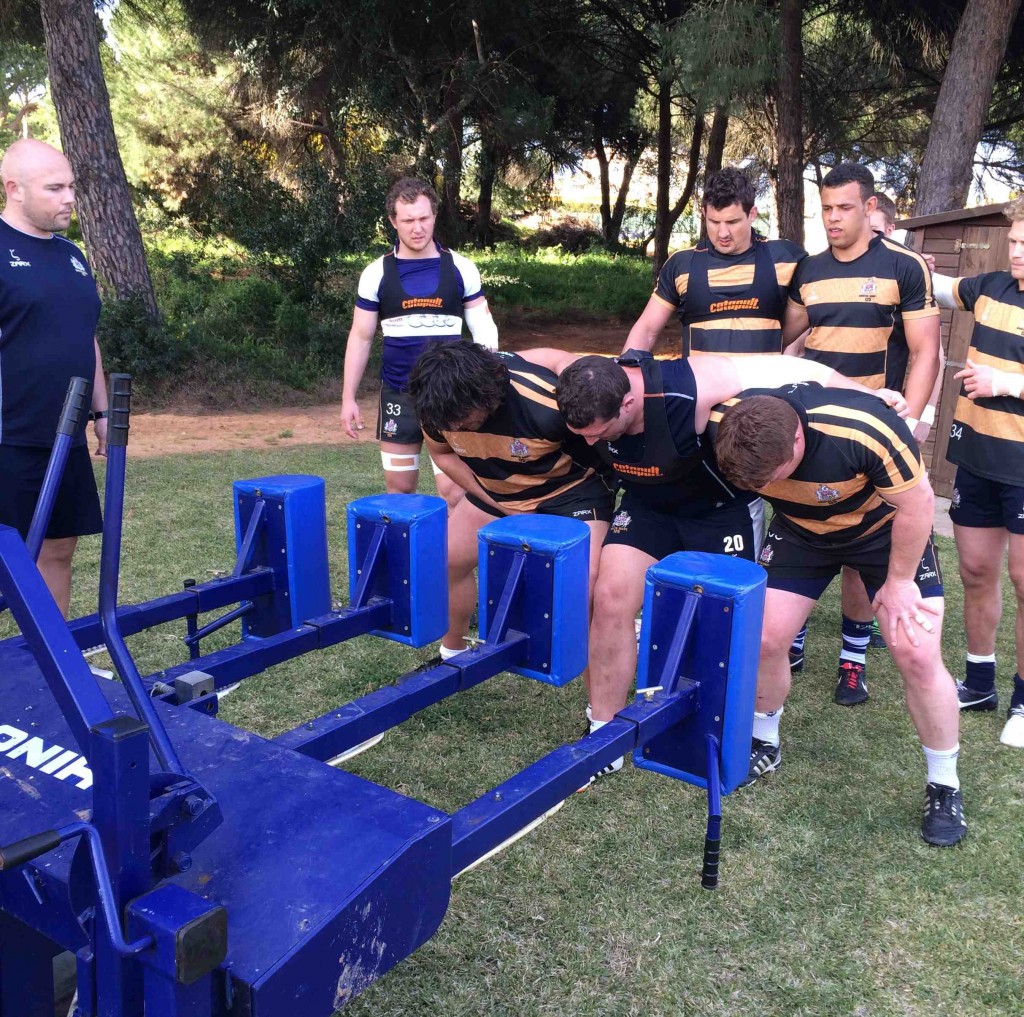 There was also a chance for some team bonding and some RnR on the trip. On the weekly day off some chose to relax around the resort or marina, with some , including Director of Rugby Andy Robinson, playing golf. I took to the seas to take in some reef fishing with some of the players. 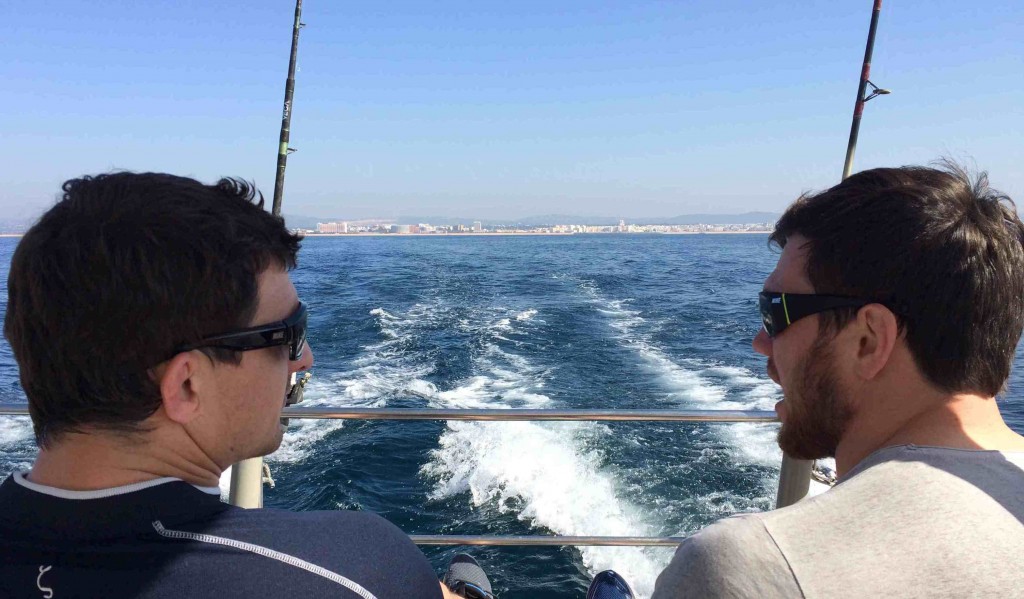 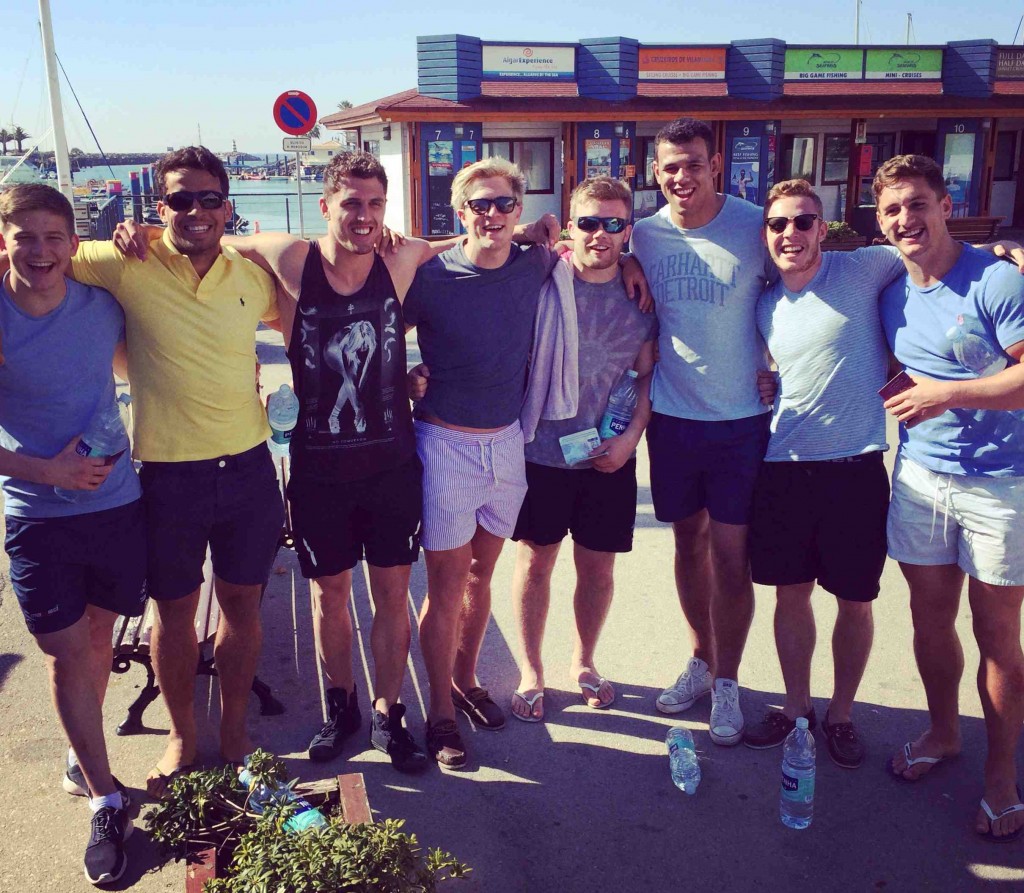 Whilst in Portugal I interviewed some of the Welsh players and staff who now ply their trade at Bristol Rugby. You can here this episode of the Rugby Nation Show below:-

The plan after the training week was to fly into Leeds and play our very important Championship match against our play off rivals. We were grateful to make use of some of the Leeds Metropolitan University facilities for more ‘cold’ weather training ! 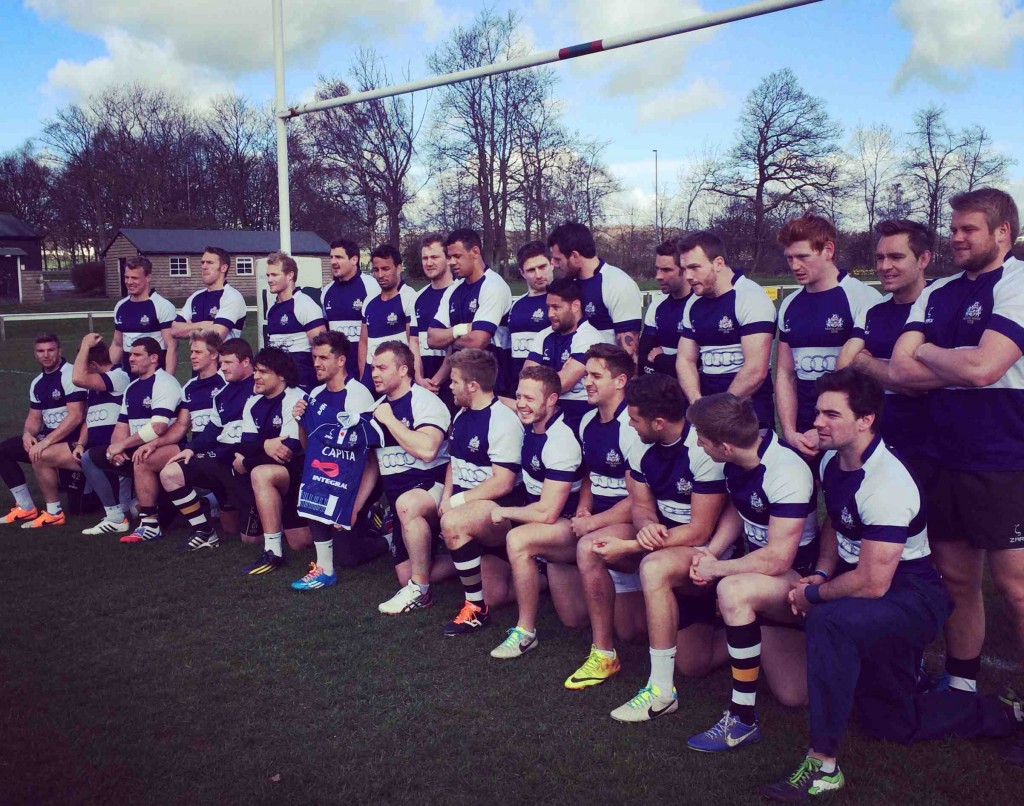 There was even time to watch the Leeds Rhinos rugby league team play London Broncos in the Super League. An easy win for the home side, but we enjoyed all the same and grabbed a sneaky Bristol Rugby selfie whilst there… 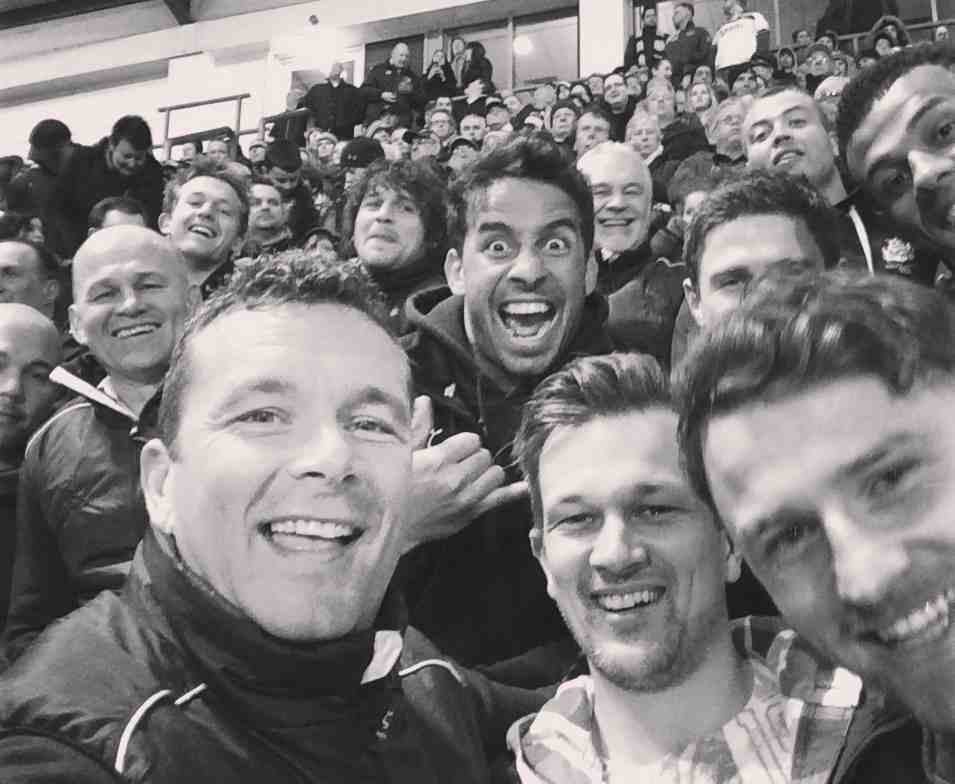 The week was rounded off in a great way with the players performing well for the majority of the game and running out bonus point winners. To see a match report from the game click on the link HERE

Bristol Rugby’s next game is at home at The Memorial Stadium to Ealing Trailfinders on Sunday 30th March at 3pm.