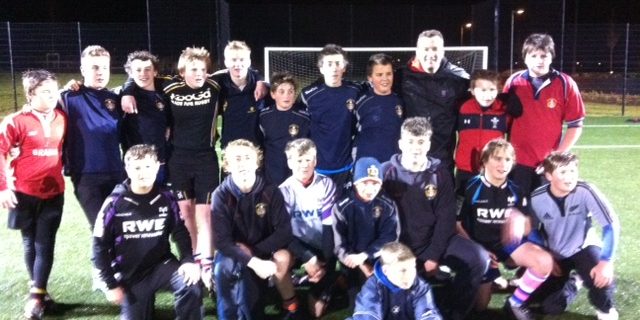 I was guest at Pencoed RFC Under 14’s last week and enjoyed a great training session with the team and their coaches at Brackla. The team has some fine young players including three that have already played for Wales Rugby League at this age group. After playing some conditioned touch games and giving the team some tips and ideas the boys showed me some of their plays and skills. I must say I was mightily impressed and a big thank you goes out to all the players, coaches and parents for the fantastic welcome I received.

Coach Dave Palmer, whose son Callum plays at scrum half for the team commented:-

“A massive thank you to Sean for giving up his time on Friday Evening for these kids, the feedback from them, Coaches and parents has been immense. On a personal note Callum really enjoyed and learnt a number of things from Sean that he will take forward and was well chuffed with the whole session”

Rugby was the winner boys! A big thumbs up !! 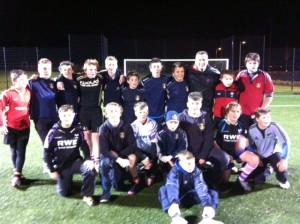 Sean with Pencoed RFC Under 14s after their Training Session