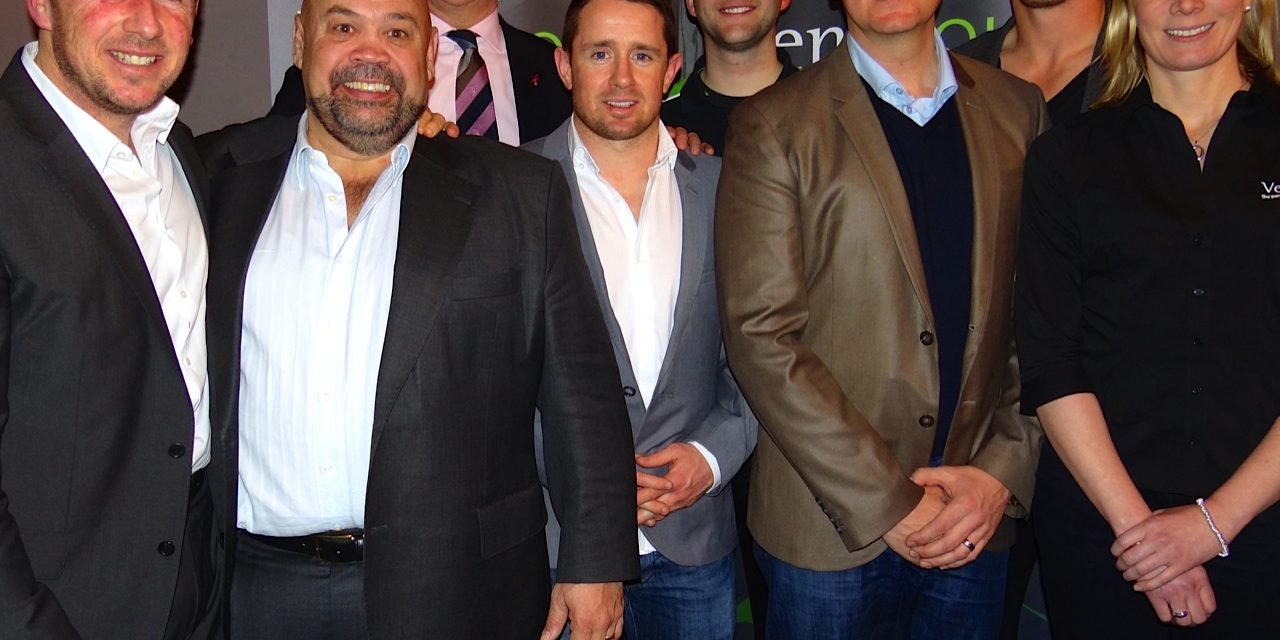 A star studded cast of sporting heroes assembled in front of around 100 privileged audience members at the Park Plaza Hotel in Cardiff on Tuesday as part of a Q&A panel, launching the tour packages of Bristol based sports travel company, Venatour.

Venatour is the brainchild of former Bath, England and British and Irish Lion rugby legend Gareth Chilcott designed to make “the perfect sporting experience” where you “rub shoulders, and become friends with, your heroes while enjoying some amazing sport in some amazing countries”.

The night was hosted by BBC scrum V analyst and former Ospreys coach Sean Holley who was joined, on the panel, by the aforementioned Chilcott, Glamorgan and England cricketers Simon Jones and Robert Croft, former Wales and British and Irish Lion Bob Norster, and Welsh rugby legend Shane Williams (who will be on the Lions tour as a Venatour ambassador, alongside Sean Holley, as part of the Venatour 3 test package).

Sean, along with the audience, posed questions to the rugby contingent asking them of their experiences of touring as a “Lion” both on and off the field. Chilcott and Norster both having similar memories as they were both a part of the 1989 winning tour to Australia with the latter expressing ”It was just a fight every week!”.

Williams’ recollections are slightly different being involved in two series defeats in both 2005 and 2009. “We got thumped in 2005!” he declared but went on to say “I wasn’t picked for the first test (in 2009) but you have to train hard and do everything you can so the coach can’t not pick you.” He went on to score two tries in the 3rd test.

When asked by an audience member about the number 10 position for the Lions, Chilcott and Norster we both swaying towards Irelands Jonathan Sexton yet Williams made a claim for the in-form Dan Biggar and Owen Farrell. “He’s [Biggar] come of age throughout the six nations and is in the form of his life. He has become mentally stronger and, after a slow start against Ireland, turned out to be one of the players of the tournament.” He went on to say ” I am a massive fan of Farrell who is a fantastic defensive 10 and a very good player”.

It’s another huge year in British sport with the Lions and England cricket team both visiting Australia. Chilcott expressed “Australia is, probably, the best place to visit as a player and a spectator. Everywhere is so different and the fans are so passionate.” Williams added “The crowds are like a 16th man as everybody gets involved.”

The cricketers had similar stories, “There are no other crowds like it” announced Simon Jones. “When I did my knee [injury] at Brisbane back in 2002, I was being carried off by Jason Gillespie and Steve Harmison and people were hurling abuse at me. That’s what they’re like! I cant wait to tour there [with Venatour] as a fan and be a part of that English support” Jones will be on tour a an ashes cricket ambassador for Venatour in Australia. Robert Croft added “I got so much stick, not only from the fans, but from the [Australian] players too for not being able to play the short ball. I love the fact that we are beating them now and that they’re not very strong because when they were beating us, they really rubbed our noses in it”.

The rivalry between the two nations is one of the greatest in world sport. “We were up for it in 05″ Jones declared. “I remember on the first morning of the first test Steve Harmison was bowling with some gas and he hit Ricky Ponting on the head and cut him quite badly. If you notice not one English player went to see if he was ok. That’s when he [Ponting] knew they were in a fight. That series was arguably the greatest ever”.

Sean brought the Q&A part of the evening to a close but expressed to the audience to “Please rub shoulders and come and talk, have photos with these guys. It’s what Venatour is all about, creating an unforgettable touring experience”.

To see everything that Venatour has to offer please visit http://www.venatour.co.uk/.