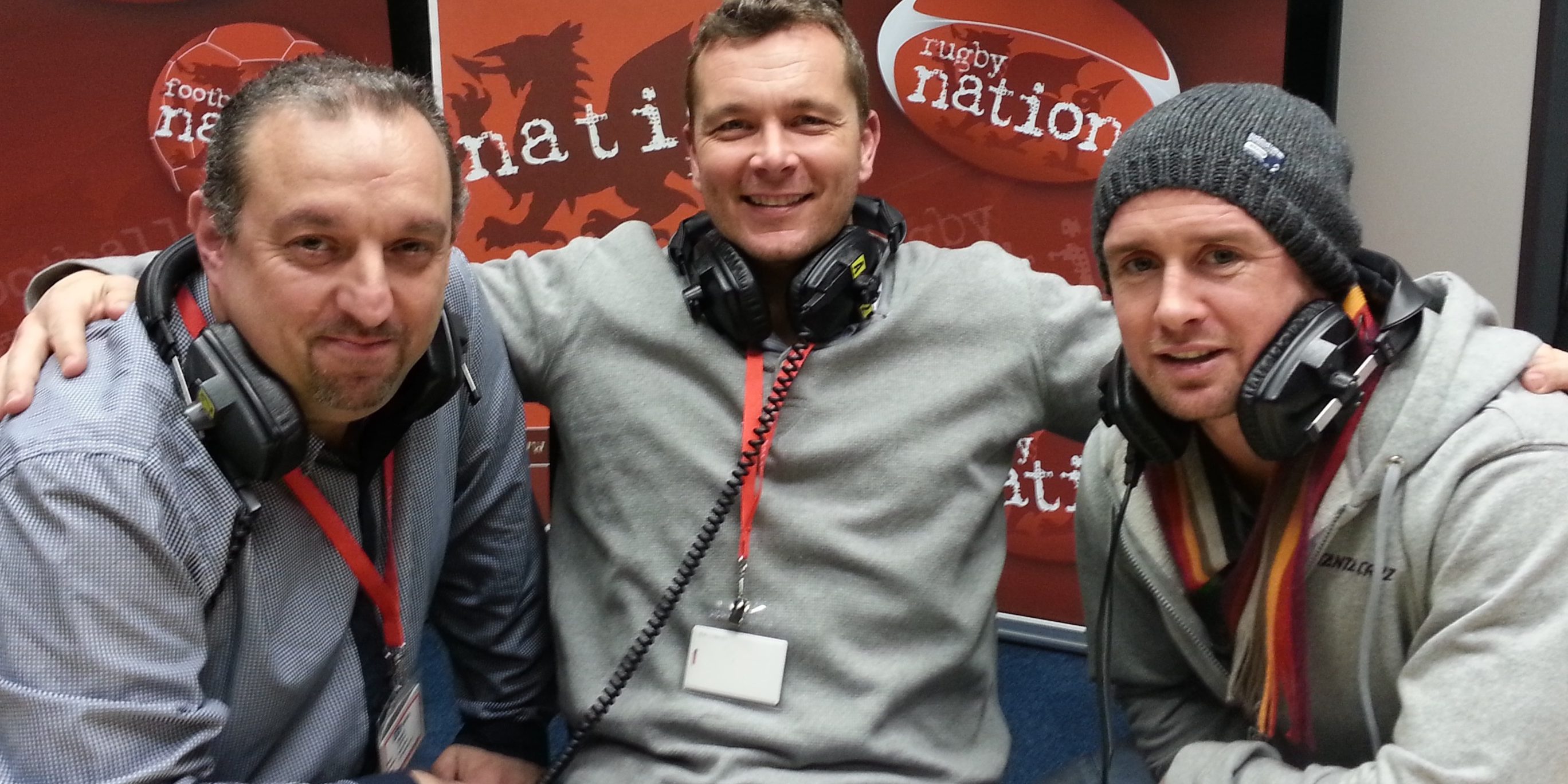 The team at Rugby Nation are celebrating today after being nominated in the Best SportsProgramme category of the Sony Radio Academy Awards 2013 – radio’s equivalent of the Oscars! Rugby Nation is broadcast every Thursday at 6pm on Nation Radio, Bridge FM, Nation Hits!, Radio Carmarthenshire, Scarlet FM, Radio Pembrokeshire and Radio Ceredigion and is presented by leading coach and analyst Sean Holley and sports journalist Jeff Collins.

The show has featured some of the biggest names in the game including national coach Rob Howley, Wales captain Ryan Jones, Justin Marshall and Wales and Lions prop Adam Jones, and broken exclusives during the current run including Rhys Priestland’s admission that he wasn’t enjoying his rugby prior to his injury and Shane Williams announcing a second season in Japan.

Sean Holley said ‘It’s an amazing feeling to have come straight from winning awards on the field to being up for winning the biggest award in radio in my first season as a broadcaster. I didn’t realise how big the Awards were or to have a nomination until they came out and the response has been huge! It;s credit to all working on the show and of course to our many prestigious guests that help to make it what it is. I’ve really enjoyed doing it.’

Martin Mumford, MD Town and Country said ‘Sport is really important to us and it’s great to see recognition for a programme which has become a must-listen for fans of Wales’ national sport’. The awards ceremony takes place in London later in the year where Rugby Nation will be up against amongst other nominees including the BBC’s coverage of the 2012 Olympics.