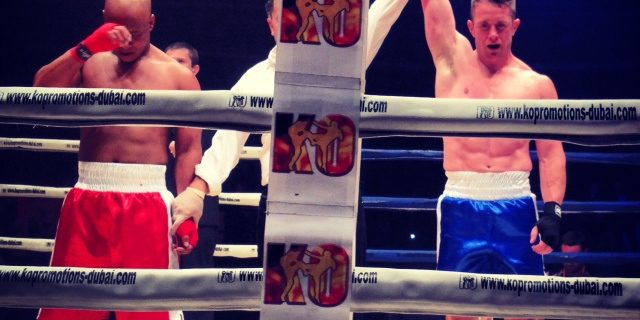 The eagerly awaited first game in Australia turned out more to be about the poor selection of the “Western Farce” team than anything else. With coach Michael Foley opting to rest most of his front line team to play against their rivals the Waratahs in Super Rugby this week, the Lions were left between a rock and a hard place, but you have to admire the way Warren Gatland and his players are portraying themselves at the start of the Tour. Even former Wallaby coach Eddie Jones has spoken of the selection saying: “I don’t think it’s a great advertisement for Australian rugby”. It shows a lack of respect and I’d like to think can use it to their advantage in their mental preparation for the tougher games. When Shane and I get out there next week we’ll have a better feel for the mood of the camp but they are making all the right noises so far in our opinion.

Perhaps the biggest concern for Warren’s coaching team will be the apparent ease that the Force managed to score two tries from close to the line. There is a link here to the number of penalties conceded whilst not in possession (9 compared to Force’s 8) and a yellow card to Alun Wyn Jones. The decision to make a quick tap and then drive over from close range will be duly noted by Genia and Co. Gatland doesn’t take lightly to ill discipline as shown during his Wales tenure so it will be interesting to see how the Lions cope with the more potent Queensland Reds attack.

The first real test in the squad distruption stakes comes as Cian Healy is injured. Many peoples choice for a Test spot, the explosive prop’s reaction to what looked liked a twist to his ankle showed his immediate concern. Add to that the biting allegation. Western Force scrum half Sheehan was a pain all match – but not from a playing viewpoint. He has this label of being the best sledger in Aussie Rugby!!! Not really much to sledge about when you’re 60 odd points down is there?? It looked to me that Healy was trapped on the floor during the incident. In any case he has been found not guilty so lets hope his scan shows no serious damage today and he can get back playing.

Alex Corbisiero was not the replacement everyone was expecting either. Ryan Grant who has been one of the most improved players this season can count himself unlucky. Paul James too, although the outcomes (and not necessarily the decisions) of the Hong Kong scrums may have had something to do with that.

Another interesting selection for the Reds match sees all of the squad, except Rob Kearney now getting a start. Warren Gatland is true to his word and with a great performance from Sean O’Brien at 7 following Tipuric’s previously, the Lions Captain and 800th Lion Sam Warburton now has his chance to put the record straight. Heaslip too was immense last match and the onus switches back now to Falatau. Both 9’s have gone well so Ben Youngs has his hands full and can he cope with that selection pressure? Will Tom Youngs throws hold out and how will Farrell do this time out. There’s an interesting centre partnership with two 13’s Davies and Tuilagi in harness. I loved the way Rob Howley had got Tuilagi and O’Driscoll to swap from 12 to 13 and vice versa at certain times and plays against the Force. That combination has potential. What about this one ? 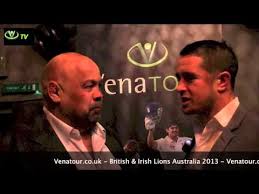 Just over a week now until Shane and I jet off with Venatour and former Lions & England prop Gareth Chilcott. We are so excited. Shane is on a high off the back of winning his maiden boxing match (yes Boxing!! Punches and everything!) Does he have a future in it? BANG take a look at this shot below:- 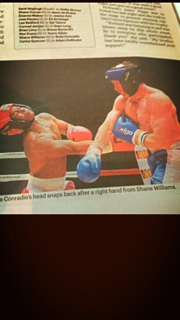 He’s not in bad shape either is he?

I caught with the Legend on the phone and asked about his thoughts on the Tour so far. Here’s what he had to say:

“It’s never easy at the start of the Lions tour because you are testing new combinations and strategies and the opposition wants to tear you a new backside but I feel this group have gelled quickly! Despite it being a half hearted Force selection and a few sloppy lineouts I believe the Lions looked dangerous! For the most part the defensive system looked very organized. They seem to want to play an expansive game and have confidence with ball in hand and this was evident with Tuilagi and BOD throughout the game.

Sean O’Brien and especially Heaslip were outstanding and Leigh Halfpenny’s kicking has put a shiver down the spines of the Aussies because they cannot afford ill-discipline with his kicking ability! I especially look forward to seeing the Phillips and Sexton combo and the return of Warburton, and of course getting down there with Sean and getting amongst it all. “

Good to see Shane is good spirits and he caught up with an old friend and Lions legend whilst in Hong Kong for the Barbarians match.

Catch our next Blog here after the Reds match this weekend. Don’t forget to Tweet us on @_SeanHolley and @ShaneWilliams11