Rhys Webb To Get Send Off At Velindre Charity Event 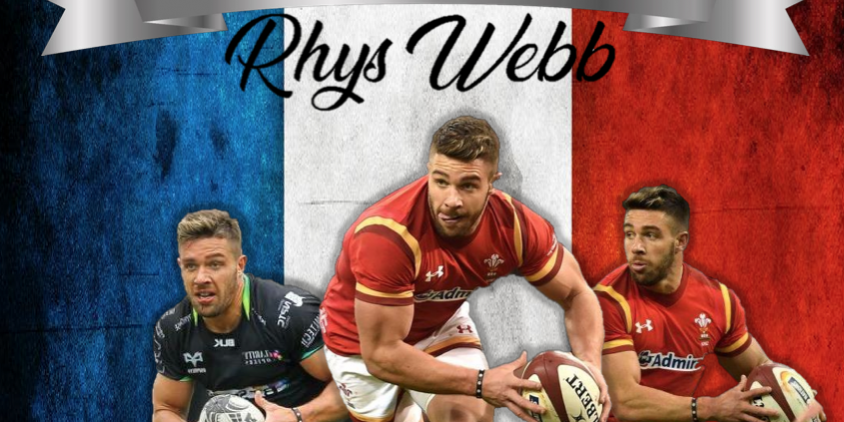 Rhys Webb, the Ospreys, Wales and British & Irish Lions scrum half is to be given a farewell send off on May 31st in a special event to raise money for the Velindre Cancer Centre. Actors Kyle Rees and Julian Lewis Jones have conspired with Sean Holley to organise the event, to be staged at Blancos Hotel in Port Talbot, to celebrate the career Webb has had at both the Ospreys and with Wales.

The Wales international will end an 11-year association with the club he has made 139 appearances for when his national dual contract expires in the summer, signing a three-year contract with French side Toulon. When Webb originally signed, the 28-year-old explained how it was a tough decision to be leaving Ospreys for the south of France.

“It’s a huge wrench to be leaving the Ospreys after spending all of my playing career with the team,” Webb said.

“I have made lifelong friends on and off the pitch and I cannot speak highly enough of the quality of the coaching team, players and all of the staff involved within the Ospreys organisation. 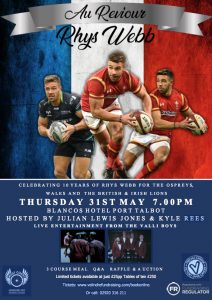 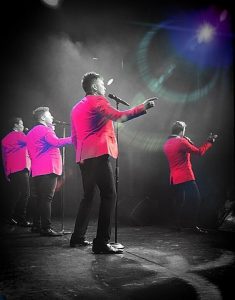 Kyle Rees, who starred in the BAFTA Award winning film ‘Pride’ and Julian Lewis Jones, noted for his roles in the hit TV series ‘Stella’ plus the popular films ‘Justice League’ and ‘Invictus’ have teamed up for the event to help raise funds for the West Coast of America Ride they are undertaking in September on behalf of Velindre Fundraising joining rugby personalities such as Jonathan Davies, Martyn Williams, Shane Williams, Hugh Williams-Jones and Sean Holley. Kyle and Julian will combine their talents to compere the event. 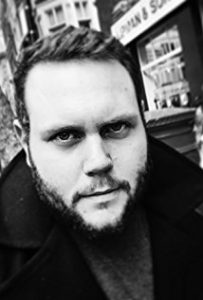 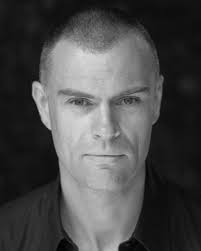 The event will include entertainment from Jersey Boys tribute act – the Valli Boys – plus other notable variety acts, a Rhys Webb Q&A and lots more. 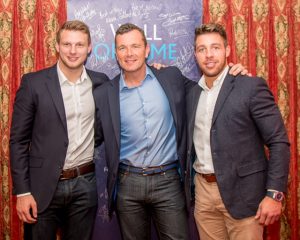