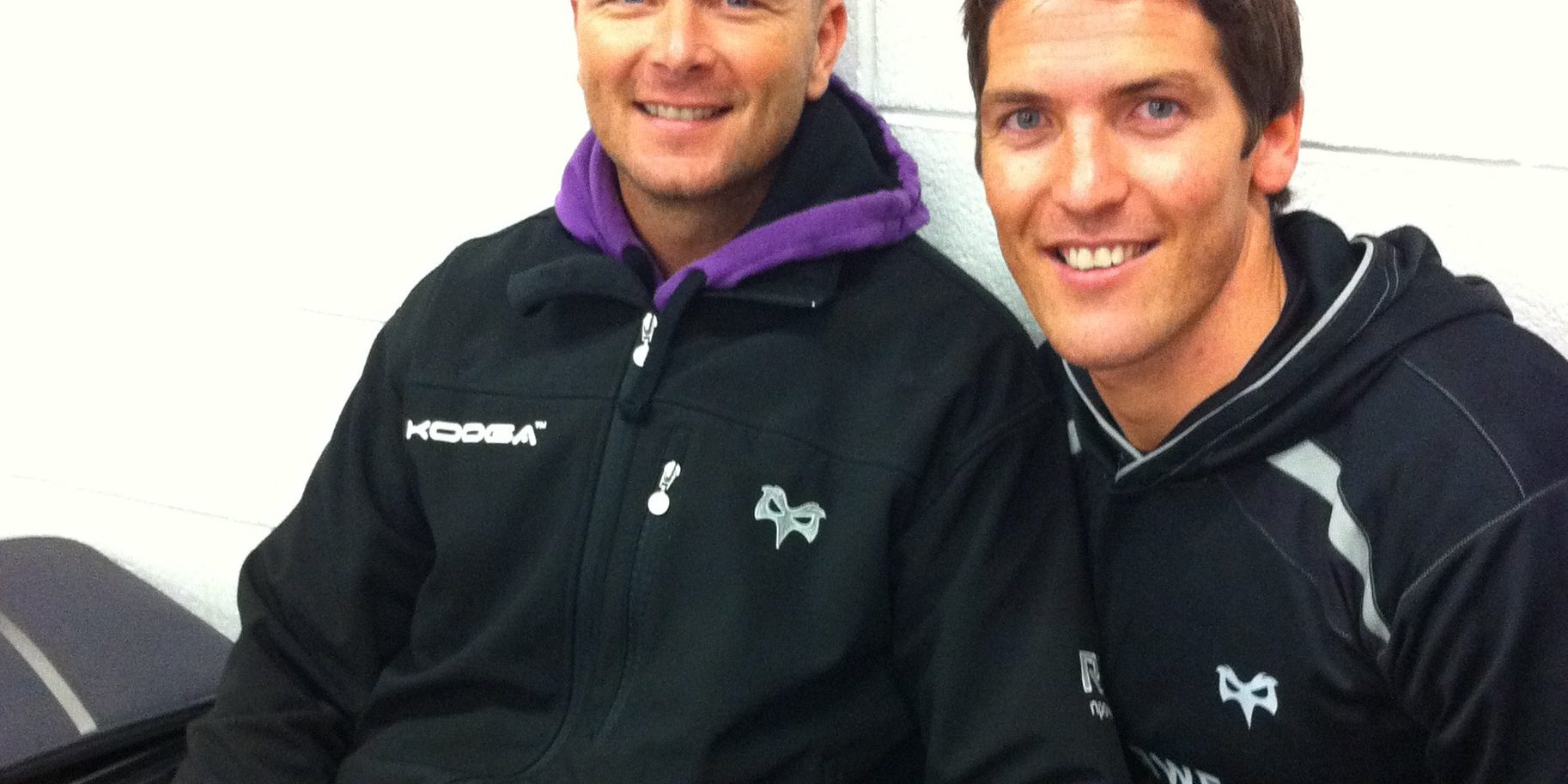 Sean with James at the players last ever game for the Ospreys at Thomond Park, Munster

Listen again to this special edition Rugby Nation podcast which includes an exclusive interview with Perpignan and Wales fly half James Hook in the build up to Wales’ crunch Autumn International with Australia. James missed the game due to it falling outside the IRB International window for matches and instead had returned to France to play for Perpignan against Lee Byrne’s Clermont Auvergne.Listen below as Sean finds out a little more about Hooky too as he takes him “Down The Blindside” in the Show’s new regular feature.