BLOG: Shane Williams and Sean Holley Down Under Wales and Lions Legend Shane Williams and I are about to embark on a 3-week tour to Australia for what promises to be a quality Test Series between the Wallabies and the Lions. We’ll be working for TV and radio as well as mixing in with the supporters with the Venatour tour party – former Lion Gareth Chilcott’s sporting travel company – and of course bumping in to current and former playing and coaching legends and other celebrities whilst Down Under. 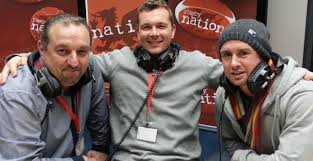 I will be broadcasting 3 very special episodes of the Sony Award winning Rugby Nation Show with Shane doing the commentary on the Test matches for TalkSport radio.

We will be reporting back via this BLOG all of the news, views, pictures and videos as we make our way through Brisbane and the Gold Coast, Melbourne and the Sydney taking in the 3 Tests plus the Melbourne Rebels match. There will be a chance to get involved with the Aussie culture as well as meet the army of travelling Lions fans supporting Sam’s Men in Red.

Tweet us your views and we’ll print the best ones on our BLOG. Send us your pictures and we’ll show them too. Or why not tell us how your Tour is going if you’re Down Under. Why not catch up with us? 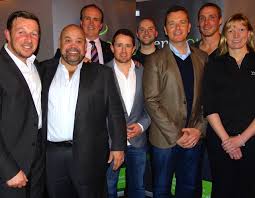 Its as far back as 1997 to since the last Lions Series victory – in South Africa 2-1 – and some 12 years ago that one of the strongest looking Lions squads on paper failed to beat what was considered to be a very beatable Australian side. There is so much more than just the opposition on the field to contend with. The Lions party have to deal with the travel, the expectation, the injuries along the way and the wider stand-by squad. Squad management both on and off the field is an integral part as Warren Gatland brings together players, coaches, back room staff and administrators from lots of different countries for a one off tour. Our own UK based media hype also provides the underlying pressure that is a Lions series win is imperative this time around.

Game 1 in Hong Kong sees Gatland opt for 9 Welshman in the starting line up. This is unsurprising as early combinations are important and the Lions will want to impose their game plan very early in the Tour. This is an early chance to stake a claim for the shirt but it’s also a chance for some much needed game time for the likes of Richie Gray, Dan Lydiate and Manu Vunipola – a surprise selection in may peoples eyes – against some World Class opposition in the Barbarians side that really under performed against England last weekend.

The Lions name a particularly strong bench, suggesting that they are clearly out to make a winning statement before they set of for Australian shores. Heaslip, Alun Wyn Jones, Sexton, North and Healy are big guns and muted as potential starters for Test matches, but there is also early injury concern – captain Sam Warburton withheld as a precaution and Rob Kearney and Sean O’Brien worryingly omitted. Given the long seasons these players have the management of the squad is important but the coaches will also want to quickly get some form and momentum. There’s not a lot of time and games (only 10 on this tour) to look at combinations so will it be ‘better the devil you know’ for Warren Gatland and his coaching team?

It will be interesting to see how the Lions play in the Hong Kong opener. Wales have been very successful under Warren Gatland and recently Rob Howley. The game plan is based around winning the gainline battle. They do this off set piece with George North and Jamie Roberts sent directly over the gainline to allow forwards to carry the same direction of play around the corner and exhaust the width of the field while a full backline try to relaunch itself with an attack at a disorganized defence. The Blitz defence was undone in South Africa in 2009 with arguably the Irish players in particular not quite up to speed with its detail. So will Andy Farrell adopt linespeed and ‘chop’ tackles or will they go for the hold up ‘choke’ tackle so expertly performed by O’Connell and co.?

The majority of the squad know this game plan and the English based players  will be familiar from their own domestic competition about the physical front foot battle that this mindset calls for. Big fast wingers will look to enter the line in the 10/12 channel. Ball carrying forwards will look to run over the opposition back row, tying them in. And what will Dai Young’s Barbarian team bring? Well as usual there’s bags of talent in the backline:- the pace of Ngwenya and Rokocoko should excite and the trickery of Yachvilli and Evans at half back. Don’t forget the grace and magic of Sergio Parisse and the brute force of one of the finds of the season Samu Manoa. And an Aussie in the midst – Dean Mumm. Lets hope Mumm’s not the word before the Lions get Down Under.