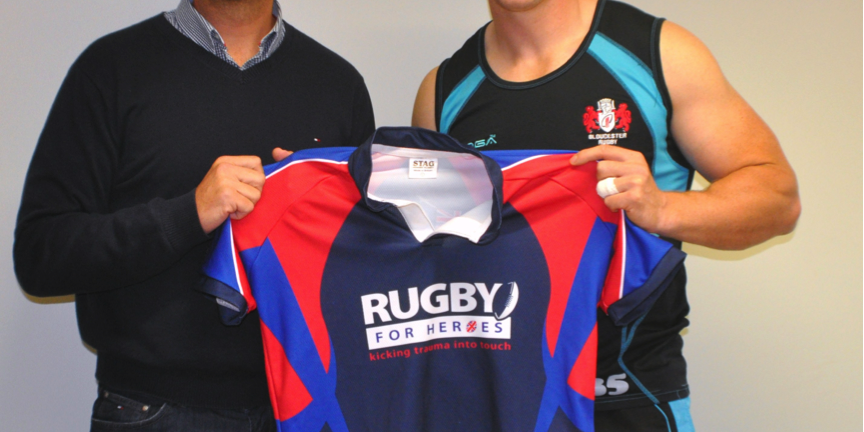 Mike Tindall, Patron of the Rugby For Heroes Charity with Ambassador, Sean Holley

Gloucester RFC Player Coach Mike Tindall caught up with Sean this week to launch and promote the Rugby For Heroes Charity match to be played at Henley RFC on Sunday 30th September. The Rugby For Heroes XV, which will include the likes of International players Danny Grewcock, Matt Perry, Junior Parrimore and Andy Williams, will play against the Royal Engineers in a family day at the Henley club, kick off 5pm.

Tindall, the Patron of the charity which aims to assist servicemen and women in the transition from life in the forces back into civilian life through an education process met up with Sean to discuss the charity at Gloucester’s Hartpury College base – where Sean was formerly the Director of Rugby.

He commented, “ It should be a fun day with activities for the kids and a good old fashioned rugby occasion. It will be good to see some of the old guys back out there on the pitch.”

Entry to the game is by donation and there is an opportunity to meet the players and for the media to interview all those involved from 3pm onwards.

The match is the start of a series of events to be carried out by the Charity and its organisers. Look out on this website for more information and an exclusive Mike Tindall Golf Day as well as Charity dinners including a major event at top London spot, The Ivy.