You are here:
Events

Last Thursday evening saw an exclusive evening at Exeter Castle held by private banking firm Arbuthnot Latham in association with Stephens Scown solicitors. The occasion was billed as ‘An Evening with Sir Clive Woodward’ with Sean hosting the Q&A sessions with Sir Clive and the audience. 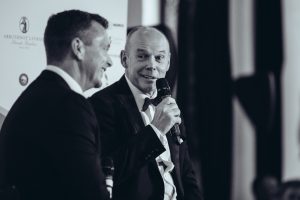 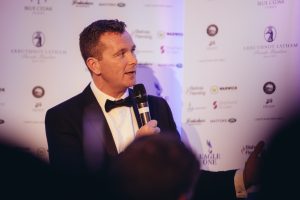 Sean asked Sir Clive about his latest venture – Apex 2100 – a snowsport academy and school based in Tignes, France, as well as discussing all about the Hive Learning community developed by Sir Clive. His Rugby World Cup winning experience was high on the agenda too as the audience sought to extract stories of players and memories of his successful coaching career. Also in attendance was Rob Baxter, Head Coach of Aviva Premiership Champions, Exeter Chiefs. 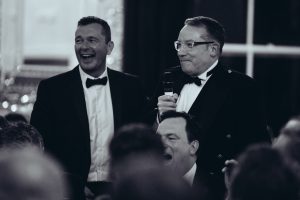 Farewell Event with Dan Biggar and Rhys Webb
May 29, 2018